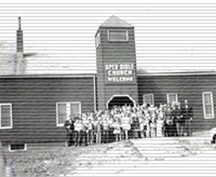 The first recorded minutes of Open Bible in Rapid City were dated June 8, 1931 with Reverend C.G. Rothermel as the first Pastor. In the first few years the small congregation worshipped in homes, rented space in the 800 block of Fairview, shared the First Evangelical Free building on 11th and Kansas City St and then moved into the annex of the Harney Hotel.

In 1938 the congregation paid for land on 6th and North Streets and in May of 1939 they bid $106 for a large hotel building near Keystone, making an agreement with the land owner to tear the building down for salvageable materials to be used for the new church building. The congregation moved from the Harney Hotel Annex to 6th and North Streets as soon as the basement was usable. The dedication service of the new church was on September 3, 1944. The building (pictured above) included living quarters for the pastor and his family.

Under the leadership of Pastor Ray Smith in 1960, a two acre plot of land was purchased on Space Street. The church was renamed First Church of the Open Bible and services there began in August of 1961. The church began to grow in numbers and missional impact significantly.

From 1969-1981, Pastor Earl and Fern Johnson led the church with distinction. Under their guidance, the church continued growing by making disciples and developing leaders through the Soul Searchers youth ministry - 53 of whom were sent out into vocational and marketplace ministry, as well as the international mission field. 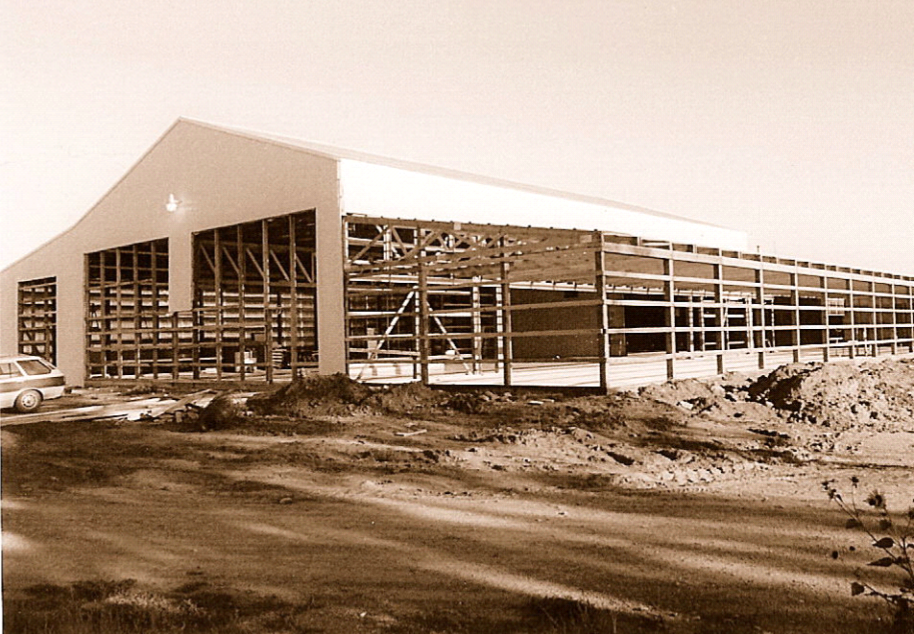 The vision for the 1980s came when Pastor Ed and Betty Wood accepted the call to come to Rapid City. In May 1981, the church purchased land along East Saint Patrick Street and soon after purchase, construction began on a new facility. The church was renamed Open Bible Christian Center and the first services were held in March of 1982. In the next few years the congregation grew substantially.

In January 1987, Pastor Les and Sharon Potts came to lead OBCC. Growth continued and church leadership began to plan the next phase of church building construction. Under Les and Sharon’s guidance, OBCC determined an even clearer vision and mission to plant churches in the Dakotas and beyond. In the nearly 28 years they led the church, it grew significantly in numbers and local and international missional impact.

In October of 2014 Pastor Chuck and Kelly Loftis came to OBCC as lead pastors. During their time here through May of 2019 the church went through a name change to Open Bible Church of Rapid City and a number of administrative and ministry developments were implemented.

In November of 2019 Pastor Randy and Tami Brock were called to serve as lead pastors carrying on the vision of Loving God and Investing in People. The focus continues to be on ministry development through discipleship and renewed evangelistic initiatives.

What began as a small group of 20 now numbers 2,000+ constituents. Average weekend worship service attendance is 500+ with two services on Sunday and a growing online presence, Open Bible offers a wide variety of ministry that will impact your entire household.

For eight decades, we’ve made a considerable impact for the kingdom of God in Rapid City and beyond. God has certainly been good to the people of OBC and we invite you to prayerfully consider joining this sincere church family.